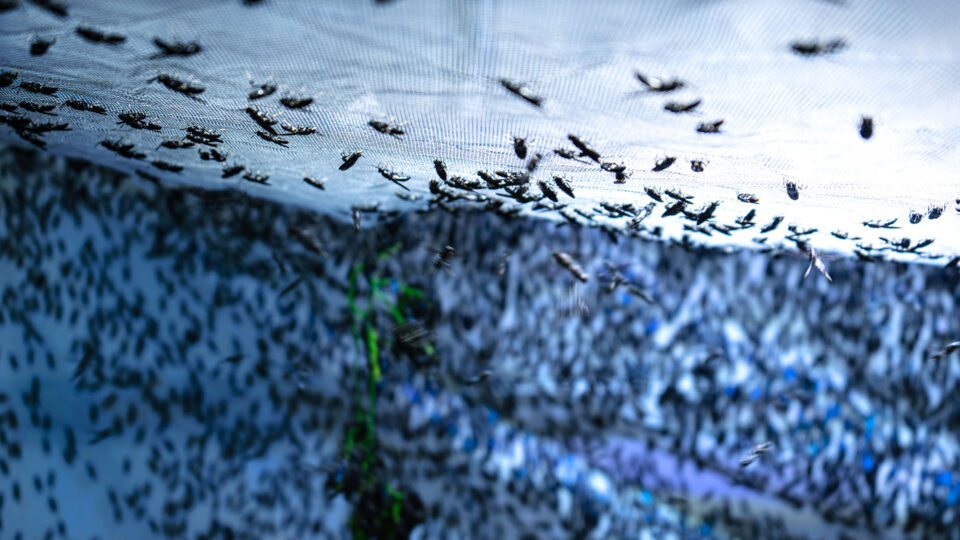 Insect farming is becoming an increasingly popular method of alternative animal feed. An attractive alternative to unsustainable animal feeds such as soy, it typically requires less space, water, and energy whilst leaving behind a smaller carbon footprint.

A fly that could save the world

The crown jewel of the insect farming industry is the black soldier fly – Hermetia illucens. Its larvae can upcycle a diverse range of organic substrates ranging from animal manure to brewing waste rapidly, making it an economically viable practice.

While the BSF is not a pest, it also grows in large numbers making it the ideal insect species to domesticate for farming. Much like in the well-established agriculture sectors, including poultry, cattle, and salmon, we must adopt a set of farming practices.

However, we must understand the species on a genetic level to unlock its full environment-saving potential.

Together with Better Origin, the University of Cambridge, and the Wellcome Trust, a research team led by Tomas Generalovic assembled the BSF genome using next-generation sequencing technologies. Now available on an open-source platform, the paper will widen the industry’s understanding of the species and support the development of sustainable and effective insect farming.