We need a local food chain, now more than ever. 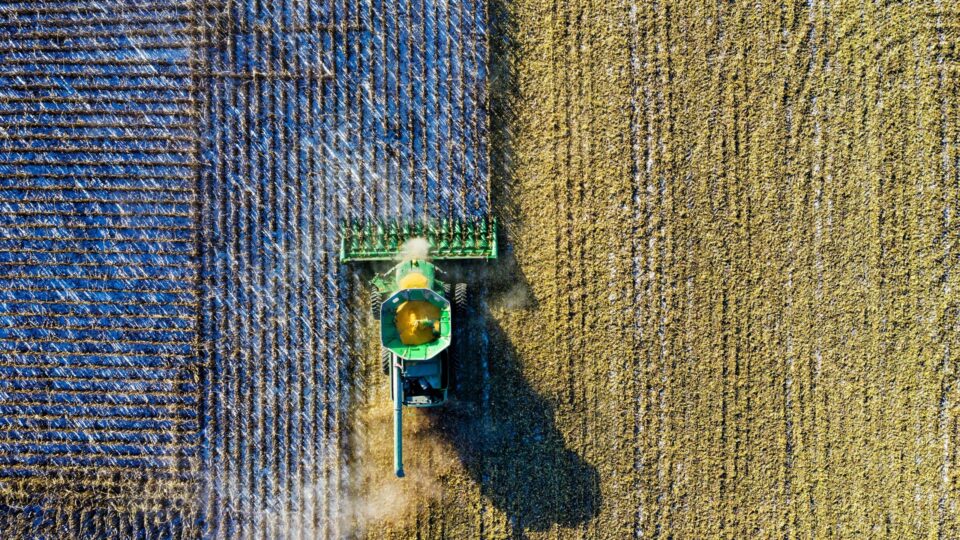 When it comes to our global food system, many stats make us question its resilience.

We already know that:

A more localised food system could just be the answer. Of course, it’s not always the best way to go – for some foods, global distribution is better than forcing growth in unnatural environments.

But a local food chain involves fewer intermediaries, helping us be more accountable for emissions, waste, and labour involved.

While the global food model sees food as a commodity and a powerful element to worldwide trade, the local system recognises its social aspect of building wealth, jobs, and communities.

Here are the reasons why we at Better Origin think the future of food is local:

From Brexit to the COVID-19 pandemic, events of the past couple of years have shown us the fragility of our global supply chain. It’s become impossible to ignore its inefficiencies and weak points.

In March 2021, a 400m-long container ship blocked the Suez Canal – the world’s fastest Asia-Europe route. The passageway holds around 12% of global trade. The impact of the massive vessel blocking off its traffic for less than a week lasted for several months.

As we update this article in 2022, the Russia-Ukraine war is approaching its third month. Long-term effects of the conflict are still being assessed, but experts warn about “a looming threat to our global food supply”.

In times like these, we turn our attention to food and how much it matters to us. And while unrest and disruption seem to be an inevitable part of our history, we can make their impact much smaller with shorter supply chains.

Transport accounts for 6% of the food industry emissions. We can significantly reduce the emissions associated with our food by focusing on local and seasonal produce.

The impact of the food we eat is big enough. But what about the food farmed animals eat? For example, the UK imports about 2.5 million tonnes of soy each year. A large portion of it is being used as feed for livestock.

The average European eats 214 eggs per year – and it takes 7.5kg of soy to produce these eggs. Of this soy, the majority is entering our country from South America through supply chains with high deforestation risk.

Locally grown insect feed offers an alternative to this – and similar solutions could be implemented in many areas of our food supply.

A step towards the circular economy

Nothing is wasted in a natural food chain. A rotten apple can be absorbed by the soil or eaten by insects. Unfortunately, what’s nature’s status quo has become alien to us. We lack systems that can repurpose waste as efficiently. The complexity of our food supply chain is making this issue worse.

When dealing with shorter, more localised supply chains, we have more control of how they operate. We can faithfully replicate the natural systems and get closer to circular economy.

When we speak of climate change, we like to put a lot of the responsibility on the consumer. They are supposed to ‘vote with their wallet’ and always make the right choices. However, for those who choose to dig deeper, trying to find out more about the origin of their food can be a big challenge.

When buying goods that have travelled the entire world, it is near impossible to get information on whether it has contributed to deforestation, unethical labour practices, or unnecessary food waste.

A local supply chain is much shorter, and therefore more transparent. It gives the consumer more insight into who produced their food and what their values are.

The idea of a decentralised production is on the rise. Businesses are realising that outsourcing labour may be cheaper in the short run, but will harm the local economy and the planet in the long run.

One thing that allows us to have a productive decentralised system is technology. By using cloud computing and AI, we can maintain several aspects of the supply chain remotely. It allows us to maintain a local approach while remaining connected, as decentralised units can still be part of a larger network.

If we factor the capital expenditure and the hidden costs of a globalised system, such as bad labour practices, transportation, and deforestation, it is clearly more risky and less cost-effective than decentralised production.

On a consumer level, the pandemic has forced many to opt for smaller, local stores. We’re hoping that this trend is here to stay – a food production system that is oriented around the local community directly adds value to the area that will last for years to come.

5. It empowers the local community.

In a globalised, centralised food system, a lot of food that we produce and the waste that we discard ends up being lost somewhere along the way. Whether it is because of cosmetic standards for sellable fruits and vegetables, or the items lost during transportation, lots of products that could have fed us end up unaccounted for.

Within a local community, there is a bigger sense of responsibility and ownership for both the food farmed and the waste generated. A local food system can empower people to manage their food chain more effectively.

The Better Origin insect farm is an example of a system that gives farmers ownership of local waste and allows it to be transformed into feed for their animals. It directly mimics a process that occurs in nature, where waste is eaten by insects, which in turn become a source of high-quality protein.

At Better Origin, we believe we need a local food chain more than ever before.

You can learn more about what we’re building here.